HayDay – why is it so addictive?

In an article I wrote a couple weeks back , I talked about my addiction to a specific mobile game. This game is called HayDay, and as I mentioned, it has been a part of my (almost) everyday life for the past six years. Today I am going to break down, why is it so addicting and why am I still playing it?

In HayDay, the process in the game is all about how often and how much you play. But if you choose not to play, your strawberries won’t get rotten, like they did back in Farmville. Thus, you can play as much as you want and you won’t get punished if one day you decide to take a break. I also want to take one game as a comparison, which is also one of the games I play almost daily, along with HayDay – MyCafe. They are very similar in their core functions, but in MyCafe, you own a cafe, and in HayDay, you own a farm. They both contain “neighborhood teams” which allow you to participate in weekly competitions and thus earn coins, prices, etc. However, different from what I said earlier, being away from the game for too long can hurt you if you are a part of a team – you will get kicked out. 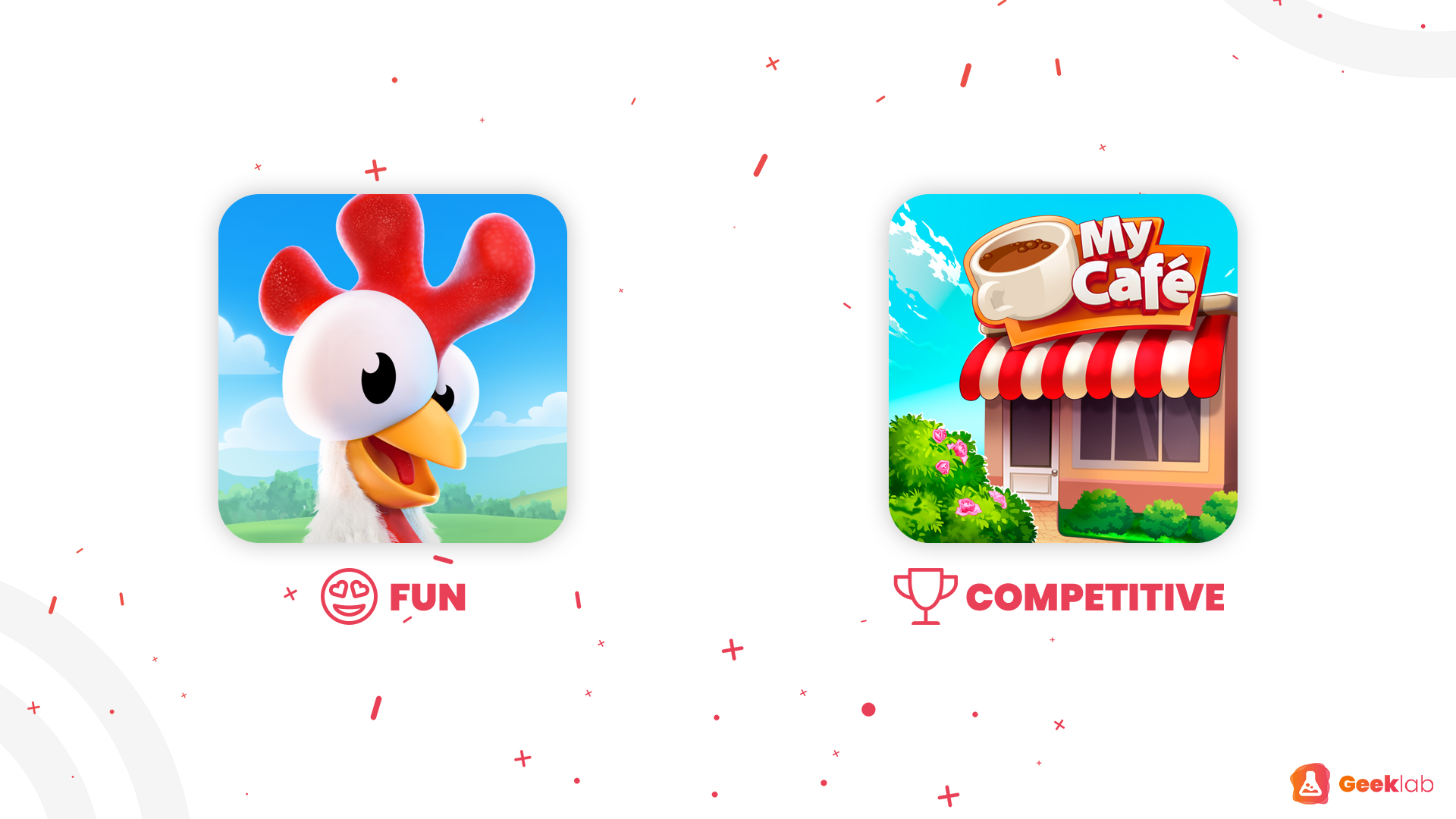 Despite the similarities, there are significant differences between these two games, which might be only noticed by the ones who play them frequently – such as me. In HayDay, the more you play, the more you earn. In MyCafe, the more you play, the more you lose. Both games contain in-app-purchases, for pretty much equal prices. However, in HayDay, you can succeed without these purchases, but MyCafe requires them in order to have any type of success. Besides, MyCafe has so many new festivals (in-game events) and games within it, which then again require more resources, that are then again lost after playing these extra games. And thus you either have to wait a long time to gain them back or to purchase more with real money. Then you are left with two options: 1. Get kicked off the team for not being able to perpetuate your tasks, or 2. Purchase more resources with real money. I feel that HayDay does not pressure you to purchase as much as MyCafe or other games might. It is purely about the player and how well they play – and most importantly, having a good time, not only winning. Everything that can be purchased is just extra. 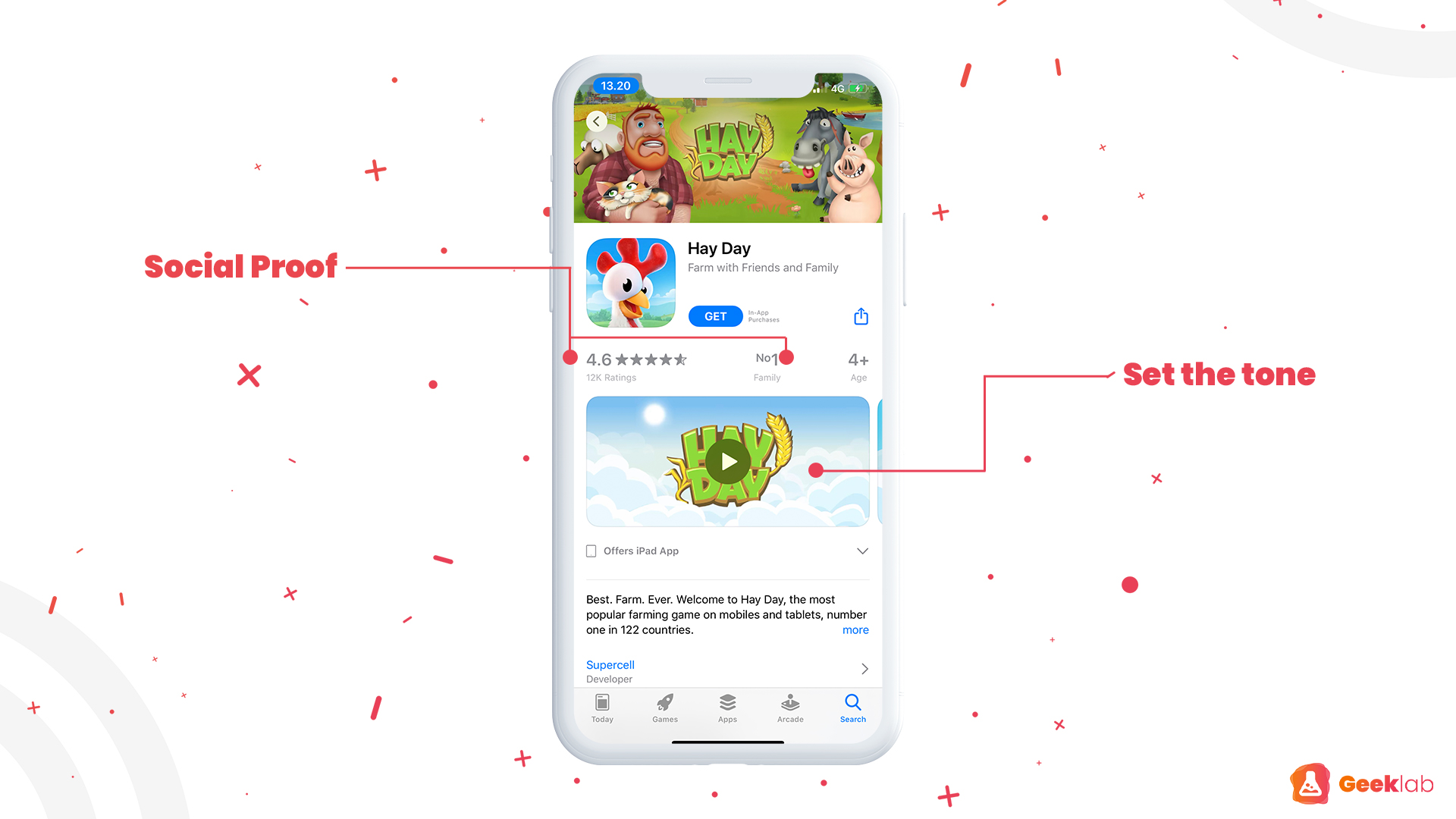 I also took a look at HayDay’s App Store page to analyze how I would react if I hadn’t downloaded the app yet and was looking for a new game to play. HayDay has 4,6 stars on App Store, which as a new user, is a good sign. HayDay also uses videos instead of only still screenshots. After watching those, I feel that HayDay does its thing through positivity and doesn’t only focus on “succeeding” or “winning the best prices” which many other games do. This is a fresh change, which more games should take into consideration. Maybe everyone thinks that all players want to win when actually some players just want to play.

How to Combine ASO & Paid Acquisition?

This is a guest post from ShyftUp. According to ShyftUp, combining ASO and paid acquisition is among the most crucial

We understand how challenging running a Facebook ad campaign can be. So here’s a step-by-step tutorial on how to do

We use cookies on our website to give you the most relevant experience by remembering your preferences and repeat visits. By clicking “Accept All”, you consent to the use of ALL the cookies. However, you may visit "Cookie Settings" to provide a controlled consent.
Cookie SettingsAccept All
Manage consent

This website uses cookies to improve your experience while you navigate through the website. Out of these, the cookies that are categorized as necessary are stored on your browser as they are essential for the working of basic functionalities of the website. We also use third-party cookies that help us analyze and understand how you use this website. These cookies will be stored in your browser only with your consent. You also have the option to opt-out of these cookies. But opting out of some of these cookies may affect your browsing experience.
Necessary Always Enabled
Necessary cookies are absolutely essential for the website to function properly. These cookies ensure basic functionalities and security features of the website, anonymously.
Functional
Functional cookies help to perform certain functionalities like sharing the content of the website on social media platforms, collect feedbacks, and other third-party features.
Performance
Performance cookies are used to understand and analyze the key performance indexes of the website which helps in delivering a better user experience for the visitors.
Analytics
Analytical cookies are used to understand how visitors interact with the website. These cookies help provide information on metrics the number of visitors, bounce rate, traffic source, etc.
Advertisement
Advertisement cookies are used to provide visitors with relevant ads and marketing campaigns. These cookies track visitors across websites and collect information to provide customized ads.
Others
Other uncategorized cookies are those that are being analyzed and have not been classified into a category as yet.
SAVE & ACCEPT